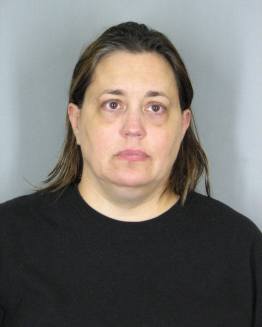 Officers responded to the 9300 block of Raintree Road on Tuesday, May 17, for a report of a weapons discharge. At approximately 4:50 p.m., two women reported that they had gone to retrieve property from one of their homes. At the home, they encountered a member of the homeowner’s family, and a verbal argument ensued. The family member then allegedly brandished a handgun at both victims and fired it into the air. The suspect began striking the victim’s vehicle with the handgun, causing damage. The suspect then reportedly shot at the occupied vehicle as the victims were attempting to leave the scene.

Officers located the suspect and she surrendered without incident. Leanne McAuslan, 44, of Orlando, Florida, was charged with two counts of brandishing a firearm, shooting into an occupied vehicle, willfully discharging a firearm in a public place, and felony destruction of property. There were no injuries to the victims, other residents, or officers.