*Note to media: News conference today at 1 p.m. Details below. 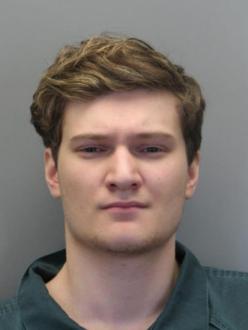 The Fairfax County Police recognizes the potential harm bias/hate incidents and crimes can cause in a community. We encourage everyone to report these incidents. While not all incidents rise to a criminal level, each incident is documented. This can help prevent more from occurring or escalating into crimes and assist us in identifying patterns or persons involved in this negative behavior. Call our non-emergency number at 703-691-2131 to report suspected incidents.

Join us for a news conference hosted in coordination with members of the JCC:

Mason Police District – Our detectives are investigating two incidents of bias-motivated graffiti that were reported today (April 11) at two religious institutions in Annandale. Around 7:15 a.m., staff at the Jewish Community Center of Northern Virginia, 8900 Little River Turnpike, reported anti-Semitic symbols and words had been spray-painted on the building’s exterior. Then, around 8:50 a.m., staff from the Little River United Church of Christ, 8410 Little River Turnpike, reported similar anti-religious symbols and words were spray-painted on the exterior of their building and on the property. No other damage was uncovered and the suspect(s) did not enter either building. It appears the crime at the JCC occurred between 1 and 4 a.m.

Detectives are reviewing evidence collected at the scene and are working diligently in hopes of identifying a suspect and placing charges. Anyone with information is asked to contact the Fairfax County Police Department at 703-691-2131 or Crimes Solvers electronically by visiting http://www.fairfaxcrimesolvers.org or text-a-tip by texting “TIP187” plus your message to CRIMES(274637).