To the Residents of Fairfax County:

As your Chief of Police, I want to ensure you have the latest information on the U.S. Park Police’s officer-involved shooting that occurred in the Mount Vernon District on Friday, November 17. Below is a news release the FBI sent to the media last night. 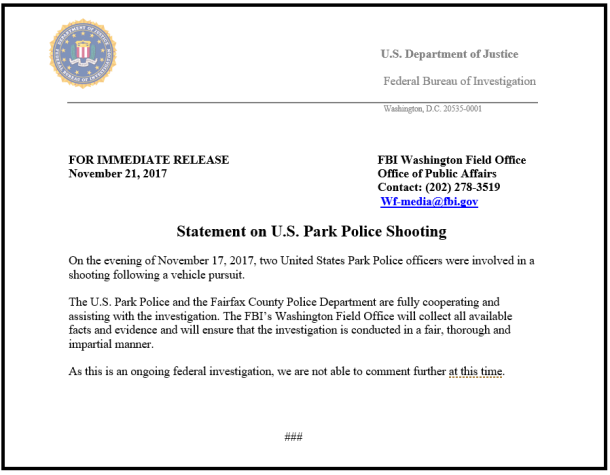 Here’s what I can share with you regarding our department’s response:

We remain committed, as always, to providing our community with accurate and relevant information.