14400 block of Chantilly Crossing Lane, property from a business

UNLAWFUL INJURY / DESTRUCTION OF PROPERTY: 8226 Russell Road (7-11), 10/17/18, 2:26 p.m. Officers responded to the 7-11 for a man who had just assaulted several people and was jumping on the hood of an SUV. Officers found the man in the parking lot. He took an aggressive stance with the officers and was not compliant with their request. Curtis Lewis, 34, of Alexandria, was arrested for unlawful injury, destruction of property, obstruction of justice, simple assault, trespassing, and drunk in public.

BURGLARY / ASSAULT: 7400 block of Barley Way, 10-18-18, 12:38 a.m. Two residents were walking into their townhouse when they were approached from behind by four men. The men assaulted the victims and then forced their way into the townhouse. One victim started to call 911 causing the suspects to run away. They were not able to get a good look at the men to provide any further description.

7400 block of Lucerne Lane, airbag and mirror from vehicle

ASSAULT ON A FIRE FIGHTER: 1850 Town Center Parkway (Reston Hospital), 10/17/18, 4:16 p.m. Fairfax County Fire Department transported Linda Klotz, 59, of Centreville to the Reston Hospital for a medical problem. Klotz became violent in the ambulance, pulled a firefighter down onto the gurney and caused several minor injuries.  Klotz was taken to the detention center and charged with assault on a firefighter. 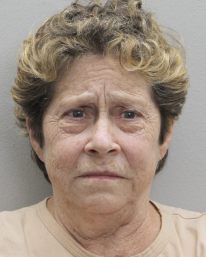