BURGLARY: 6800 block of Drifton Court, 10/26/18, sometime during the day. The victim came home and noticed her bedroom was ransacked. Further investigation revealed the sliding glass door in the basement was broken and jewelry was missing.

ROBBERY: 5735 Telegraph Road (Cleaners & Tailor), 10/27/18, 10:17 a.m. Tarik Abraham, 35 of Washington D.C., walked into the store and took money out of the register. When the victim confronted Abraham, he punched her in the head. The victim yelled for help and a citizen took immediate action. The citizen held on to Abraham until the police arrived on scene. Abraham was arrested and charged with robbery. 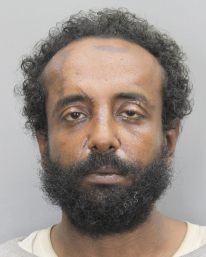 ASSAULT ON LAW ENFORCEMENT: 8257 Richmond Highway (Red Carpet Inn), 10/28/18, 6:25 p.m. Officers responded for a drunk woman in the hotel. Officers arrived and saw several men trying to prevent her from hurting herself. In the process, an officer saw her kick a toddler. While taking her into custody she bit an officer in the arm. Concerned for her level of intoxication, she was taken to the hospital where she assaulted several nurses. Jeicel Varela Rosales, 18 of Alexandria, was charged with malicious wounding, assault on law enforcement officer, child abuse, battery against a health care provider, underage possession of alcohol and obstruction of justice.

ROBBERY: 8117 Leesburg Pike (CVS), 10/28/18, 2:54 p.m. Mark Connor, 34, of Maryland, walked into the CVS, went behind the counter and told an employee he was there to rob him. Officers arrived and placed Connor under arrest for robbery, false identification to law enforcement and felony possession of narcotics. 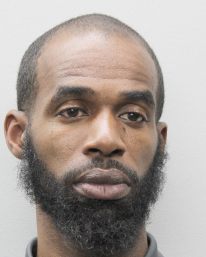 8200 block of Greensboro Drive, headphones and cell phone from location

2100 block of Tannin Place, tires and rims from vehicle

ATTEMPTED BANK ROBBERY: 8096 Rolling Road (Bank of America), 10/27/18, 11:18 a.m. A bank employee was approached by a suspect who gave the employee a note, announcing a robbery. Before obtaining money, the suspect left the bank. The suspect was described as a black man, approximately 25-years-of-age, 6’0” and around 160 pounds.

3400 block of Valewood Drive, jewelry and purse from residence