McLean Police District – A 28-year-old Fairfax man is facing charges for threatening to bomb a Starbucks in the Yorktowne Shopping Center around 4 p.m. on Saturday.  David Velasquez was drunk and passed out inside the Starbucks, located at 8104 Arlington Boulevard when an employee woke him and asked him to leave.  Velasquez refused and said he had a bomb in his backpack that would explode in two minutes.  He then went inside the bathroom and would not come out. 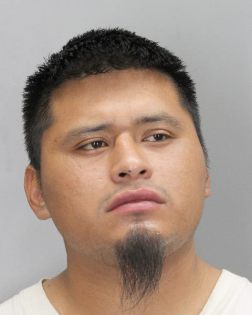 Employees immediately evacuated the business and called 9-1-1.  Our officers arrived and asked adjoining business to evacuate as a precaution.  Negotiations were attempted for almost 70 minutes before Velasquez finally walked out of the front door and was arrested. Due to his level of intoxication, Velazquez was taken to an area hospital to be medically treated.  Velasquez was then taken to the Adult Detention Center, where he was charged with threats to bomb or damage buildings , and being drunk in public.  He was held on no bond.  Our Explosive Ordinance Division responded and examined the backpack, which did not contain any hazardous items.