Franconia Police District – Yesterday, detectives searched the area near Piscataway Park in Maryland for a 35-year-old woman reported missing on Sunday, March 6. Hannah Choi was last seen on Saturday, March 5 at her home in the 5300 block of Jesmond Street in the Alexandria section of Fairfax County. Friends arrived at Ms. Choi’s home on Sunday, but Ms. Choi did not answer the door. Ms. Choi missed several appointments and could not be reached. Her friends contacted police out of concern for her wellbeing. Our officers searched the home, and the house appeared to be in order except for bedding which appeared to be missing from a bedroom. Based on her sudden disappearance, detectives from our Major Crimes Bureau assumed the investigation.

Detectives identified a vehicle they believed Merino was operating the night of Ms. Choi’s disappearance. The vehicle was located the following day, March 7, in Washington, D.C. A search warrant was executed on the vehicle, and although Ms. Choi was not found, detectives discovered evidence to suggest Ms. Choi was harmed prior to her disappearance. Based on the evidence recovered from the vehicle and additional interviews, detectives obtained a warrant for Merino for second degree murder and the disposal of a body.

Detectives from our Fugitive Track and Apprehension Unit immediately assumed the investigation and began tracking Merino’s whereabouts. They quickly determined Merino fled the state and notified the United States Marshals Service to aid in apprehending Merino.

Detectives from our Homicide Squad continue to investigate the circumstances surrounding Ms. Choi’s disappearance. Based on records returned from search warrants, they identified Merino spent a significant time in a park in Prince George’s County the night of Ms. Choi’s disappearance. Officers from our Search and Rescue along with our partners from the Fairfax County Fire and Rescue Department, George Mason University Police Department, U.S. Park Police and Mason-Dixon Search Dogs searched the area near Piscataway Park for two days. Detectives continue to review evidence to potentially identify additional locations to search.

Detectives are asking anyone who may have information about her disappearance or knowledge of Joel Mosso Merino’s whereabouts to contact them at 703-246-7800, option 2. Tips can also be submitted anonymously through Crime Solvers by phone – 1-866-411-TIPS (866-411-8477), by text – Type “FCCS” plus tip to 847411, and by web – Click HERE. Download our Mobile tip411 App “Fairfax Co Crime Solvers”. Anonymous tipsters are eligible for cash rewards of $100 to $1,000 dollars. Please leave contact information if you wish for a detective to follow up with you.

Victim specialists from our Major Crimes Bureau’s Victim Services Division have been assigned to ensure that the victim’s family is receiving appropriate resources and assistance.

This is the sixth homicide of the year in Fairfax County. Year to date, there were three homicides at this point in 2021. 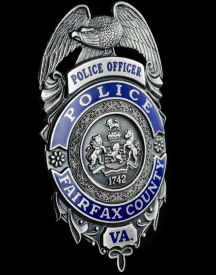