ASSAULT: Giant Food, 14125 Saint Germain Drive, 10/08/2018, 2:25 p.m. Officers are asking for your help in identifying a suspect from an assault in the Centreville area. A 37-year-old woman was reaching for an item on the top shelf at the Giant Food grocery store when she was suddenly grabbed on her buttocks.  The victim screamed and the suspect ran away. The suspect is described as a 6’ tall Hispanic man with dark hair, wearing a green t-shirt and blue jeans. If you have any information on the suspect’s identity call the Sully District Station at 703-814-7000.

ROBBERY: 8700 block of Richmond Hwy., 10/07/18, 5:50 a.m. The victim was walking down Sacramento Drive to the bus stop on Richmond Highway. He saw two men walking towards him dressed in all black. One was wearing a mask and the other had his hood pulled down. The victim tried to walk around the men by going through a parking lot. They followed the victim and grabbed him. One of the men pointed a gun, while the other held a knife against the victim. The men took the victim’s cash and cell phone and walked away. The suspect with the knife was in his early 20’s, approximately 5’5” weighing 150 pounds. The suspect with the gun was also in his early 20’s, approximately 6’ tall weighing 180 pounds.

ROBBERY: 8200 block of Russell Rd, 10/07/18, 4:33 p.m. The victim was standing outside an apartment building when a man walked up to him and asked to borrow his cell phone. The victim noticed that the man had what looked like a gun pointed at him under his shirt. The victim gave the suspect his phone and he ran away. The suspect was described as a black man in his early 20’s, around 5’5″, thin build.

LARCENY / UNLAWFUL DISCHARGE: 2200 block of Huntington Ave, 10/07/18, 10:30 p.m. Three teenagers were outside a restaurant when one of them ran inside, grabbed the tip jar, and ran out. The restaurant manager chased the teens and fired a warning shot into the air. Patrol units were able to locate the teens, who were charged with petit larceny, and returned them to their parents. The Commonwealth’s Attorney Office will be consulted about the discharge of a firearm.

GRAND LARCENY: Mobil Gas, 8158 Richmond Highway, 10/08/2018 at 5:44 p.m. A 64-year-old Alexandria man was pumping gas when he was approached by 19-year-old Charles Finley, of Alexandria.  Finley asked if he could borrow the man’s cellphone to call his mother.  When the man handed his phone to Finley, he immediately ran away with it.  Officers located Finley in the area and arrested him for larceny.  The victim’s phone was located nearby and returned. 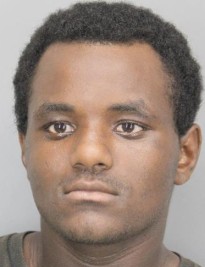 BURGLARY OF AN OCCUPIED DWELLING: 600 block of Chain Bridge Road, 10/05/18, 1:54 p.m. The homeowner was upstairs reading when he heard footsteps inside his house. When he looked up, he saw the shoulder of a man in the bedroom doorway. The intruder saw the victim and immediately left, driving away on a motorcycle.

ROBBERY: Walmart, 1500 Cornerside Boulevard, 10/06/18, 8:35 p.m. A customer was inside the Walmart when a black man in his early 20’s, approximately 5’9”, skinny with short black curly hair, grabbed her wallet from her hand and ran out of the store. The victim ran after the man at which point he threw her wallet on the ground. When she recovered her wallet, she noticed all of her cash was missing.

ROBBERY: 9400 block of Lee Highway, 10/06/18, 11:42 p.m. The victim reported he was walking on the foot path to the Vienna Metro Station when he was approached by a man. The man pointed a gun at the him and demanded money. The victim gave the man his wallet and then ran to his house to report the robbery. The suspect was described as a black male, 6’, with a thick build.

5800 block of Oakview Gardens Drive, money from a business

ROBBERY: 6900 block of Hechinger Drive, 10/05/18, 2:00 p.m. The victim was walking on Hechinger Drive when she was approached by a man and woman. The woman demanded the victim’s money. When the victim refused, the man implied he had a weapon. The victim ran away before anything was taken. The suspects were described as a 28-year-old, 5’5”, 145-150-pound Hispanic woman and the man was described as 5’2”, heavy set and in his early 20’s.

GRAND LARCENY: Springfield Town Center, 6699 Springfield Mall, 10/06/18 at 4:32 p.m. Loss prevention saw Catherine Domigpe, 26, of Fort Washington, MD, and Javonn Collins, 22, of Fort Washington, MD, take several pieces of clothing and walk out of the store without paying. Loss prevention alerted police of the suspect’s description and responding officers stopped the suspects as they attempted to leave the area. Domigpe and Collins were charged with grand larceny and possession of burglarious tools. 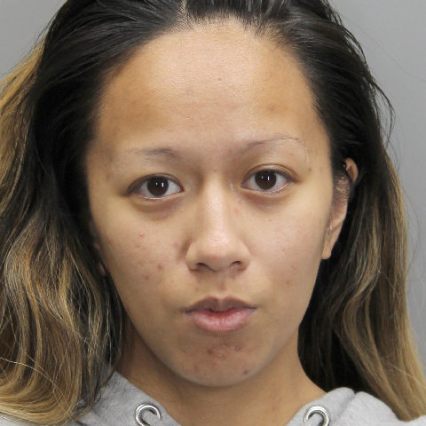 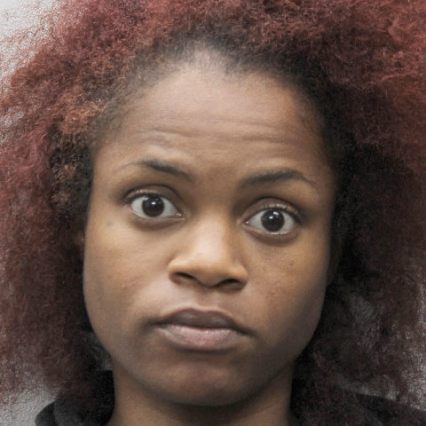 ASSAULT ON LAW ENFORCEMENT: Kingstowne Village Parkway and Manchester Boulevard, 10/06/18 at 9:44 p.m. Officers stopped Craig Patak, 55, of Alexandria, while investigating an assault that just occurred. While speaking to Patak, he became agitated and pushed and spit on the officer. Patak was arrested and charged with being drunk in public and assault on a law enforcement officer.

POINTING A LASER AT LAW ENFORCEMENT: 6000 block of Hibbling Ave, 10/07/18, 10:45 a.m. While officers were investigating another incident, they noticed a laser being pointed at them. When the officers went to investigate the source of the laser, the man pointed the laser directly in the officer’s eyes. The offender, James Bedosky, 58, of Springfield, was issued a summons for pointing a laser at law enforcement.

SHOOTING: 6400 block of Zekan Lane, 10/08/2018, 9:15 p.m. Two men agreed to meet two women on Snapchat and were told to pick them up at a home. When the women did not come out, the men drove away and heard two gun shots.  The car was struck twice.  No one was injured. Detectives believe the suspects and victim may have known each other.

GRAND LARCENY: 9900 block of Braddock Road, 10/09/2018, 1:55 a.m. Officers noticed Jeffrey Vaillancourt, 44, of Alexandria, around an abandoned building acting suspiciously. Officers detained Vaillancourt as he attempted to escape with a truck full of stolen copper he removed from the building. Vaillancourt was arrested and charged with possession of burglary tools, petit larceny and trespassing. 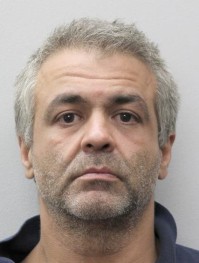 BURGLARY: 2500 block of Banshire Drive, between 10/04/18 and 10/06/18. The homeowner checked on his vacant residence when he noticed a boarded-up window was out of place. It appeared that someone had broken in and rummaged through the house, however, nothing was taken.