BURGLARY: 3100 block of Furman Lane, 7/14/19 – 7/22/19. A homeowner reported someone entered their home and stole several electronics and other personal items.

ASSAULT ON LAW ENFORCEMENT OFFICER: 8256 Richmond Highway (ALDI), 7/22/19, 9:25 a.m. A woman was arrested for trespassing and taken to the Adult Detention Center. When exiting the police car, she spat in the officer’s face. Regina Leo, 45, of Alexandria, was charged with trespassing and assault on law enforcement officer. 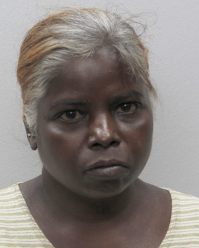 PURSUIT/ASSAULT ON LAW ENFORCEMENT: 8100 block of Old Dominion Drive, 7/22/19, 11 p.m. The driver of a black Mercedes refused to stop when officers tried to pull him over for driving recklessly. The driver intentionally rammed a police cruiser before turning down a dead-end street and running away. Officers quickly arrested and charged Brian Templeman, 45, of Sterling, with DWI (4th offense), reckless driving, driving on revoked license, assault on law enforcement and eluding. 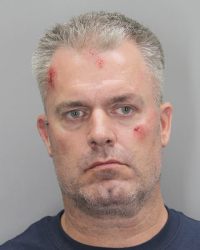 3200 block of Rio Drive, passport and debit card from vehicle